As we know, Makkah is the central religious and spiritual pivot for Muslims, situated in present-day Saudi Arabia, in a narrow valley surrounded by the Ṣirât Mountains, with peaks ranging from 1,200 to 2,500 feet (365 to 760 metres) in height, and itself “at an elevation of 909 ft/ 277 metres above sea level in the dry beds of the Wadi Ibrâhîm and several of its short tributaries.”[i] 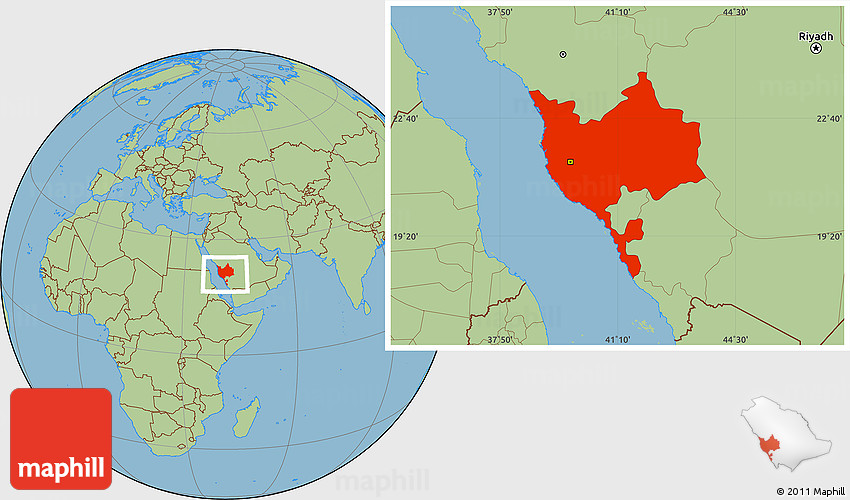 No matter where Muslims around the globe stand in Prayer, five times a day, they orient themselves facing, as their pivotal point (qiblah), in the direction of the Kâ’ba, the “House” of God, with its “Station of Abraham” (maqâm Ibrâhîm) [ii]

Allah says in the Quran:

And [remember] when We made the House to be a refuge for the people and a safe haven. “[So] Take the Station of ‘Ibrâhîm  as your place of prayer.”

…so turn your face towards the Inviolable Place of Prostration (Masjid al-Ḥarâm in Makkah). Wherever you may be, turn your faces towards it… [Surat Al-Baraqah, 2:125; 144]

Every year millions of Muslims assemble in Makkah to perform the rituals of Ḥajj. As a part of this practice they “circumambulate” (perform Ṭawwaf) around the Kâ’bah, the “House of God.” The site of the Kâ’bah had been specified as the location which Abraham (Ibrâhîm) was to purify and revive as the center of worship to Allah, the One God of mankind:

And We made a covenant with ‘Ibrâhîm and ‘Ismâ’îl: “Purify My House for those who walk around it and those who cling to it and those who bend in prostration. …”   And [remember] when ‘Ibrâhîm and ‘Ismâ’îl raised up the foundations of the House, [saying]: “Our Lord, accept this from us. Truly you are the Hearer, the Knower.  Our Lord, make us surrender to You, and [make] from our seed a community that is surrendered to You, and show us our ritual ways and turn to us. Truly you are the Oft-Returning, the Singularly Compassionate. [Surat Al-Baraqah, 2:127-128]

And [recall] when We appointed the site of the House for ‘Ibrâhîm: [We said to him], “Do not associate anything with Me, and purify My House for those who circumambulate the House (ṭawwaf) and those who stand, and those who bow and prostrate. And proclaim the pilgrimage (ḥajj) to the people. They will come to you on foot and on all [kinds of] lean camels. They will come from every distant pass —so that they may witness benefits for themselves and remember the Name of Allâh … Then let them circle round the Ancient House [in ṭawwaf].” [Surat Al-Ḥajj, 22:26-29]

…That [is the Order of Allâh], and whoever honors the sacred [Rites] of Allâh, will [find] a better [reward] for him with his Lord. …That [is the Order of Allâh]: Whoever honors the symbolic [Rites] of Allâh does so because [in their] hearts they are conscious of Allâh and [so] ward off the evil [from inside and outside themselves]. [Surat Al-Ḥajj, 22:30, 32]

In a Hadith recorded in both Sahih al- Bukhari and in Sunan Al-Nasa’i,[iii] we have the image of angels circumambulating the presence of Allah:

…Then we [Prophet Muhammad with Gabriel] ascended to the seventh heaven and again the same questions and answers were exchanged as in the previous heavens. There I met and greeted Abraham who said, ‘You are welcomed, O son and a Prophet.’ Then I was shown Al-Bayt Al-Ma’mûr. I asked Gabriel about it and he said, This is Al Bait-Al-Ma’mûr where 70,000 angels perform prayers daily and when they leave they never return to it [but always a fresh crew comes into it daily].’… (Sahih al-Bukhari 3207)

It was narrated from Tawus from a man who met the Prophet, that he said:

In the Quran Tafsir of Ibn Kathir,[iv] we find the following commentary regarding Al-Bayt Al-Ma’mûr[v]:

“In the two Sahihs [Sahih Al-Bukhari and Sahih Muslim] it is confirmed that the Messenger of Allah ﷺ said in the Hadith about Isra’, after ascending to the seventh heaven: ‘Then, I was taken to Al-Bayt Al-Ma’mûr. It is visited every day by seventy thousand angels who will not come back to visit it again.’ The angels worship Allah in Al-Bayt Al-Ma’mûr and perform Ṭawwaf around it just as the people of the earth perform Ṭawwaf around the Kâ’bah. Al-Bayt Al-Ma’mûr is the Kâ’bah of those who reside in the seventh heaven. During the Isra’ journey,[vi] the Prophet ﷺ saw Ibrahim, who was reclining with his back on Al-Bayt Al-Ma’mûr. It was Ibrahim who built the Kâ’bah on earth, and surely, the reward is compatible with the action. Al-Bayt Al-Ma’mûr is parallel to the Kâ’bah; every heaven has its own house of worship, which is also the direction of prayer for its residents. The house that is located in the lower heaven, is called Bayt Al-Izzah. And Allah knows best.”

The practice of Ṭawwaf consists of seven circuits “marched” around a holy site. In the past this included the Temple in Jerusalem, in which were carried objects associated with God’s revelation to Banî Isrâ’îl. So Ṭawwaf was not new to Islam or to the Arab peoples. We find it in the practice of Banî Isrâ’îl as attested within the pages of their own scriptures, the Hebrew/Jewish Bible, or Torah, where it is presented as a form of obedience to God and as a form of worship to Him:

The term Ṭawwaf comes from the Arabic root “ṭ – w – f,” meaning: ‘round, circuit, beat, round-trip; circumambulation of the Kâ’bah; to go about, walk about, move about, ride about, run about; to surround, to encompass, to encircle.  As we know, God has made it mandatory on every Muslim to perform Ṭawwaf as a core component of his or her Hajj and ‘Umrah.

Ṭawwaf is the distinctive form of worship which, for the followers of Muhammad (ﷺ), is unique to the Hajj rituals performed around the Kâ’bah.  In this regard, we raise a couple of questions:

It is understood, of course, that when we perform Ṭawwaf and the other rites given to Abraham and to Muhammad (as well as to the other prophets), we do so  in obedience to Allah’s Sunnah. But here we look for its roots in the nature of Allah’s creation.

Since the time of Prophet Muhammad (ﷺ) our scientific knowledge has provided clues to subtle natural forces in the earth which affect us, more so at certain locations on our planet —in addition to the spiritual benefit and next life reward of being in harmony with our Creator’s requirements for us.

Again, we emphasize that as Muslims performing our duty of undertaking Ḥajj, we perform Ṭawwaf not out of any esoteric motivation, nor for the hope of accessing a mystical experience, but rather in obedience to what is required of us by Allah, subḥanahu wa ta’ala, our Lord, the One Who best knows how to benefit us in body, in intellect, in spiritual condition, in fact, in any and every specific aspect of our lives.

It must be noted that what the author does not attempt to do here is to detail either the overall Hajj procedure or any of the specific rituals required by Hajj or ‘Umra. He has done this elsewhere. (See his Biographical Sketch.)

This presentation is intended to suggest what may be some unrecognized, or hidden, factors in the blessings that come from obeying our Lord in this Pillar of Islam, Hajj —and thus encourage us to embrace Hajj wholeheartedly.  In any case, it is to be understood that pleasing Allah brings its own rewards.  And, most importantly, it is agreed among our scholars that increasing the number of our Ṭawwaf at the Kâ’bah is praiseworthy and rewardable.

… And I heard [the Prophet (ﷺ) saying: “Whoever performs circuits around this House seven times and he keeps track of it, then it is as if he freed a slave.” And I heard him saying: “One foot is not put down, nor another raised except that Allah removes a sin from him and records a good merit for him.” (Jami’ al-Tirmidhi 959, Hasan)

“Whoever performed Ṭawwaf around the House fifty times, he will be as free of his sins as the day his mother bore him.” (Jami’ al-Tirmidhi, Hadith 866 — confirmed by Imam Bukhari as an authentic statement of Abdullah ibn ‘Abbas[viii])

Fifty sets of Ṭawwaf —each Ṭawwaf of which is composed of seven ‘circuits’ or ’rounds’— totals 350 circumambulations.[ix] From the above Hadith we realize that Ṭawwaf  has always been understood as a form of worship rewarded by Allah, and that the repetition of Ṭawwaf —beyond what is required in one performance of Hajj— is strongly encouraged.

While staying in Makkah one should perform as many Ṭawwafs as possible. Here are the various general categories of Ṭawwaf:

Seven circuits around the Kâ’bah in an anti-clockwise direction constitute one Ṭawwaf.  Thus one Ṭawwaf is a set of seven circumambulations, seven trips around the Ka’bah.

Ramal means to walk briskly. Between the Rukn al-Iraqi and Rukn al-Yamani[x] one needs to perform Ramal in some of the Ṭawwaf‘s set of seven circumambulations. This may also serve to ensure and balance a rhythm in the speed of the circumambulations.

Narrated by Zaid bin Aslam from his father, who said:

‘Umar bin Al-Khattab addressed the Corner (the Black Stone) saying, ‘By Allah! I know that you are a stone and can neither benefit nor harm. Had I not seen the Prophet touching (and kissing) you, I would never have touched (and kissed) you.’ Then he kissed it and said, ‘There is no reason for us to do Ramal (in Ṭawwaf) except that we wanted to show off before the pagans, and now Allah has destroyed them.’ ‘Umar added, ‘(Nevertheless), the Prophet did that and we do not want to leave his practice (of Ramal).’ (Bukhari – Volume 2, Book 26, Number 675)

The vigorous walk by men during the initial three rounds of Ṭawwaf is called ‘Ramal’ and leaving the correct shoulder revealed is called ‘iztiba.’ The historical significance of these demonstrative actions was done as a show of energy for scaring their rivals. At the point when Makkan Muslims moved to Madinah, the atmosphere of Madinah influenced them in that they turned somewhat weak. When they went back to Makkah after seven years for ‘umrah, they disclosed the circumstance to the Prophet. Immediately, he advised his Companions to appear to be intense in front of the polytheists and to walk briskly when they went before them; so that is why the Companions moved in that way.

How God’s Oneness Brought Me From Christianity to Islam

Islam is the Antithesis of Extremism